“There were no Muslim hijackers at the controls of the 9/11 aircraft. The aircraft were electronically hijacked through employment of a system called the uninterruptible autopilot that enables a remote source to take complete control of the aircraft autopilot and flight management computers and guide it to its target. Once engaged, the pilots cannot disconnect the system”.  –  Captain Dan Hanley

Remote controlled aircraft technology has existed as far back as over 75 years ago in 1944 when, towards the end of World War II, the US military launched Operation Aphrodite. By gutting out old B-17s to lessen weight, these aircraft were then loaded with 30,000 pounds of Torpex, a highly incendiary compound.

Pilots were required to make the takeoff but, once airborne, would bail out of the aircraft while an aircraft high overhead would remotely guide aircraft to their targets in Europe and crash them into enemy below.

John F. Kennedy’s older brother, Joe, was killed on one of these top secret missions when, due to a malfunction, the aircraft blew up before he was able to bailout.

Forty years later, in 1984 due to rapidly advancing technology, the FAA and NASA conducted a joint crash test experiment in a remote location, to test crew and passenger survivability in the event of aircraft crash landing.

Using a large 4-engine jet aircraft, a B-720, and without pilots and passengers onboard, the aircraft was remotely guided to takeoff, fly around the traffic pattern and auto land six times, before being intentionally crash landed. 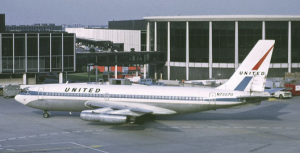 Jumping ahead two decades to the mid-1990s, a system was developed and produced called the uninterruptible autopilot whose design purpose was to prevent would-be hijackers from commandeering a commercial jet aircraft in flight by remotely taking control of the aircraft autopilot and flight navigation systems and routing it to an airport where a safe auto landing could be made. Once this system is engaged, the pilots cannot disengage the autopilot/navigation systems by any means and are along for the ride.

Proof that this system exists is given by this Wikipedia article entitled Boeing-Honeywell Uninterruptible Autopilot. 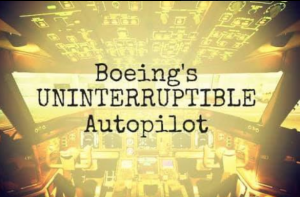 The article states that Boeing patented this system in 2006.  While this may be true, there is very strong evidence to indicate that the system was developed and produced in the mid-90s prior to 9/11 as given in this interview with Pilots for 9/11 Truth co-founder Rob Balsamo of seasoned avionics technician Wayne Anderson .

So one must ask oneself…did highly inexperienced hijackers pilot the aircraft that day or were the aircraft remotely guided via the uninterruptible autopilot?

You be the judge.