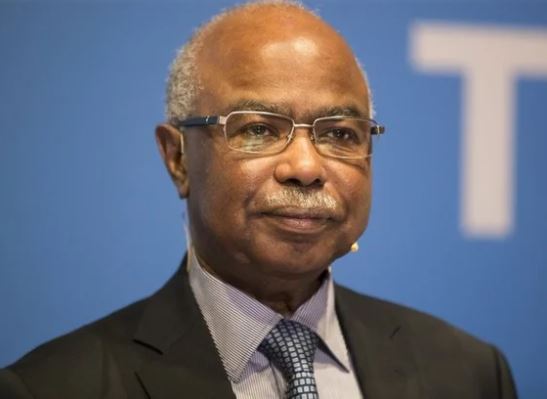 I write to your good office today to implore you to give serious consideration to the establishment of an International Islamic Commission for 9/11 Inquiry by the 57 OIC Muslim member nations for the purpose of intensively investigating the crimes of 9/11. There has never been a criminal investigation into the greatest crime ever committed on US soil in its history. The 9/11 Commission did not constitute a criminal investigation.

There is a wealth of information and evidence available that very strongly suggests that Osama bin Laden and his alleged band of 19 Muslim hijackers had nothing to do with the planning and execution of the events of 9/11.

Since 9/11, Islam and Muslims have been trampled upon for crimes that Muslims did not commit. The Holy Prophet Mohammad (pbuh) has been slandered, the Holy Quran desecrated, Islam demonized, and Muslims worldwide persecuted for these crimes. If the truth regarding 9/11 is ever revealed, Islamophobia would globally vaporize overnight once Muslims were exonerated.

I sent the enclosed letter to your office on April 30, 2022 but have not, as yet, received a reply. It is extremely disheartening to me that the Muslim community and, in particular, the political, military, clerical, and academic leadership have remained passive/silent for over 20 years regarding 9/11 when so much evidence and information is available to dispute the official story.

On a planet with 7.9-billion inhabitants of which 1.8-billion are Muslims, where are their collective voices? The complicit Zionist owned-and-controlled mainstream media is to blame for most of the populations’ ignorance through the media perpetuation of the lies of 9/11 twenty years after the fact.

On a personal note, I commenced my flying career as a pilot 54 years ago in 1968 first as a civilian, then 10 years as a US naval aviator, and finally 25 years as a United Airlines pilot. Over a career span of 35 years, I flew over 20,000 flight hours in 15 different aircraft. With all my experience as a pilot, I can unequivocally state without reservation or embarrassment that I could not have flown the 9/11 flight profiles, in particular the Pentagon flight profile, and neither could the alleged 9/11 hijackers. There are countless highly experienced pilots who agree with me in my assessment.

I currently serve as director and international public spokesperson for a global grassroots effort called 9/11 Pilot Whistleblowers whose website is at 911pilots.org and YouTube channel at 911pilots. Please refer to these two sites for additional information.

The purpose of our organization is to show that there were no Muslim hijackers at the controls of the 9/11 aircraft but that the aircraft were electronically hijacked and remotely controlled through employment of a system called the uninterruptible autopilot that enables a remote source to take complete control of the aircraft autopilot and flight management computer and fly it to its target destination. Once engaged, this system cannot be disconnected by the pilots.

Because I have been engaged in the investigation of 9/11 for 18 years, I have been associated with the biggest 9/11 whistleblowers and truth organizations on the planet and can bring forth much information and many solid witnesses were the OIC to create the subject commission.

On March 7, 2022, I was invited to the Pakistan Inter Services Intelligence (ISI) headquarters in Islamabad to provide such information to them.

In the very near future, it is my intention to individually canvass by mail the Ministers of Foreign Affairs of all 57 OIC member countries to determine how much support could be expected with the creation of an International Islamic Commission for 9/11 Inquiry whether it is established by the OIC or some other organization/country. In doing so, I will go out of my way to point out that my actions are not associated with, and have not been endorsed by, the OIC. If the OIC would agree to establish and sponsor such a commission, I would be more than happy to spearhead the effort and serve as one of its chairmen.

Thank you for taking the time to read this letter. I look forward to hearing from you.