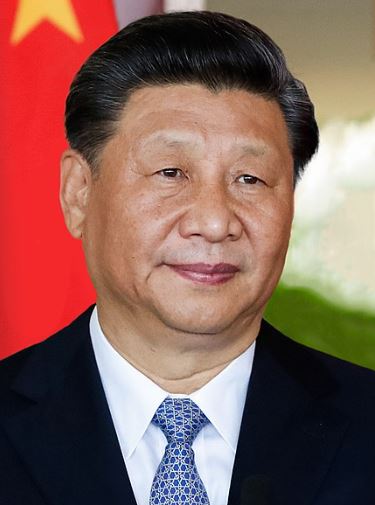 I write to your good office today to express our concerns that the employment of the uninterruptible autopilot system by a remote source as described below may have been the cause of the nightmarish demise of China Eastern 5735.

I am an American citizen who resides in Islamabad, Pakistan with my Pakistani wife where we have lived for over 12 years. I am also a former 35-year US naval aviator/United Airlines pilot and a 9/11 federal whistleblower whose rights as such have been denied by the US government.

The uninterruptible autopilot, once engaged by a remote source, enables the electronic hijacking of a commercial jet aircraft inflight by taking complete control of the aircraft autopilot and flight management computer and guiding it to its target destination. Once engaged, the pilots cannot disconnect this system.

I currently serve as director and international public spokesperson for a global grassroots effort called 9/11 Pilot Whistleblowers whose website is at 911 pilots.org and YouTube channel at 911pilots.

Our organization believes that the uninterruptible autopilot system may very well have been employed to electronically hijack the 9/11 aircraft and remotely guide them to their target destination, but also used to electronically hijack China Eastern 5735 and direct it into the horrific death spiral to earth. Please have your staff study the pages of our website for details.

In August 2020, I filed a Federal Aviation Administration whistleblower report alleging the above with regard to the 9/11 aircraft. Over the course of the next 22 months, many emails and letters were sent and phone calls made to relevant US government offices only to be ignored by all. I have also petitioned numerous Pakistan government agencies to investigate our allegations and, on March 7, 2022, did, in fact, brief the Director General of the Inter Services Intelligence (ISI) staff member.

I have enclosed a USB flash drive device that contains all correspondence and other related materials pertaining to this case. In reading it, one will notice the apparent stonewalling of our efforts by all concerned US parties from the lowest levels of management within the Federal Aviation Administration all the way to the office of President Biden. Why?

At face value, it appears that the US government is attempting to conceal the existence of the uninterruptible autopilot system, which does not make sense given the gravity and implications of our allegations. It is hoped that your government agencies and airline management will give this matter the attention it deserves.

The next-of-kin of this air disaster are demanding answers. We pray that the government and airline responses do not just scapegoat the copilot who, according to media reports, may have been “suicidal” and dove the aircraft to its destination in a murder/suicide scenario, but also consider the possible employment of the uninterruptible autopilot by an unknown remote source.

I have made numerous attempts to make contact with China Eastern management and Chinese government personnel, including within the Civil Aviation Administration of China and the Ministry of State Security, without success. It is in desperation and frustration, that I write to your good office today.

A colleague of mine, Captain Field McConnell, a former 35-year US Air Force F-16 and commercial airline pilot who is most knowledgeable regarding the uninterruptible autopilot system, and I are willing to travel to Beijing at our own expense, if necessary, to further brief airline and government personnel on this system.