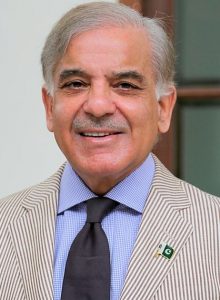 I am an American citizen married to a Pakistani who has lived in Islamabad for over 12 years. I am also a US federal 9/11 pilot whistleblower whose rights as such have been denied by the US government. (Please read enclosed correspondence for details)

I commenced my flying career as a pilot over 50 years ago in 1968, first as a civilian, then as a US naval aviator, and finally as a United Airlines pilot. All totaled, over a 35-year career span, I flew over 20,000 flight hours in 15 different aircraft. I am 73-years old.

I currently serve as director and international public spokesperson for a global grassroots effort called 9/11 Pilot Whistleblowers whose website is at 911pilots.org and YouTube channel at 911pilots.

The purpose of our organization is to show that there were no Muslim hijackers at the controls of the 9/11 aircraft but that the aircraft were electronically hijacked through employment of a system called the uninterruptible autopilot that enables a remote source to take complete control of the aircraft autopilot and flight management computers and guiding it to its target destination. Once engaged, this system cannot be disconnected by the pilots.

Our goal is to recruit retired and active military and civilian pilots from around the world to be interviewed attesting that not only could the inexperienced alleged hijackers not have flown the 9/11 flight profiles but that they could not have flown the profiles themselves. We allege that the aircraft were electronically hijacked and guided to their targets on 9/11 by remote control. (Please read the Remote Control page of our website and watch the videos there for details).

On March 17, 2021, on behalf of our organization, I sent the enclosed joint letter to the US Director of National Intelligence, Secretary of Transportation, Attorney General, and the FBI Director demanding that, through the collaborative efforts of the intelligence community and the transportation and justice departments, an investigation be initiated into our claims that the 9/11 aircraft and others were electronically hijacked and not flown by the grossly unqualified and inexperienced alleged Muslim hijackers.

On June 22, 2021, a second letter was sent by me to the above-named individuals as I had not received a response from the March 17th letter stating my curiosity as to the reason(s) for the passivity regarding a joint investigation in collaboration with the Federal Aviation Administration into new evidence concerning the greatest crime ever committed on American soil in its history, 9/11, that had not been initiated.

On September 4, 2021, I sent the enclosed letter to President Biden expressing disappointment with members of his cabinet and other government officials in their refusal to even respond to correspondence pertaining to our case. I went on to state my intent to contact members of the Pakistan government to provide them with the same information and evidence that I had provided to US government agencies as I felt that, given the losses this country incurred due to their forced participation in the war on terror, they would have a keen interest in the information we had to offer.

I do not have access to an FBI office in Islamabad or I might have filed a federal complaint regarding my whistleblower disclosures. But since I twice contacted the FBI by phone in July and August 2020 reporting the whistleblowing issues addressed on our website, and since the FBI took no action on my reports, I surmised that this would be an exercise in futility if I did have access.

Over the past 18 months, in addition to the joint letters mentioned above, I have written to the offices below numerous times concerning my whistleblower disclosures but, to date, none have responded.

Since I live in Islamabad and since I have access to Pakistani government law enforcement and intelligence offices here, on December 15, 2021, I wrote the enclosed letter to Pakistan Inter Services Intelligence (ISI) Director General Lt. General Nadeem Ahmed Anjum requesting that ISI agents visit my home so that I could provide them with amplifying information that supports the allegations stated on our website, and other particulars surrounding the lies of 9/11.

On March 7th, 2022, I was invited to ISI headquarters in Islamabad to discuss the information on our website. In addition to explaining the purpose and goals of 9/11 Pilot Whistleblowers, I provided the following facts and information to Inter Services Intelligence:

It is a tragedy, and I am saddened, that I was forced to resort to such extreme measures in reporting my 9/11 whistleblower disclosures to a government of a foreign country, but I felt that since I have been stonewalled by my own government for over 18 months and since Pakistan is an ally of the United States that shares intelligence information with the US intelligence community, perhaps, through a collaborative effort of governments of both countries, a joint investigation could commence.

During my March 7th meeting at ISI headquarters, I was assured that subsequent meetings would be scheduled, including a meeting with ISI Director General Lt. General Anjum. To date, due, I suspect, to the present political turmoil in the country, these meetings have not been scheduled. Our organization, along with others, have a wealth of information to share with the ISI regarding the lies of 9/11.

There is a preponderance of facts and evidence that very strongly suggests that Osama bin Laden had nothing to do with 9/11. Twenty years later, isn’t it about time that we quit pretending amongst ourselves that he did?
Very respectfully,