“There were no Muslim hijackers at the controls of the 9/11 aircraft. The aircraft were electronically hijacked through employment of a system called the uninterruptible autopilot that enables a remote source to take complete control of the aircraft autopilot and flight management computers and guide it to its target. Once engaged, the pilots cannot disconnect the system”.  –  Captain Dan Hanley

Having only trained in light, single-engine Cessna aircraft, none of these poorly trained and inexperienced alleged 9/11 Muslim hijackers had ever flown a heavy commercial jet aircraft in their life and yet on that fateful day they each managed to precisely hit their targets on the first attempt flying at speeds in excess of 400 to 500 knots. 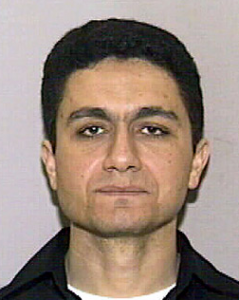 Mohamed Atta was an Egyptian hijacker and one of the ringleaders of the September 11 attacks that allegedly flew American Airlines Flight 11 into the North Tower of the World Trade Center.
Age: 33
Commenced flying: June 2000
Ratings: Commercial and Instrument
Impact Speed: 404 knots (465 mph)

The flight path of American Airlines Flight 77 was basically a straight-in approach from the north into the North Tower of the World Trade Center at an incredible speed. The precision required to execute the maneuver performed would be the equivalent to accelerating a large semi-tractor trailer to over 500 mph and driving it through a Jiffy Lube without scrapping the sides of the truck and without ever having driven the truck before. 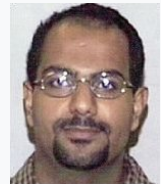 United Flight 175 approached the South Tower of the World Trade Center from the south in a descending left hand turn accelerating to 590 mph. Within 12 seconds to impact, the aircraft made a slight left turn with a bank angle of twenty degrees to precisely strike the building. Had the aircraft not made this turn at exactly that moment with the correct angle of bank, the aircraft would have missed the building by 800 feet, a maneuver that even the most experienced pilots could not have performed at that speed.

The purported profile flown by alleged Muslim hijacker Hani Hanjour who supposedly piloted American Airlines flight 77 that allegedly struck the Pentagon on 9/11 could not have been performed by the most experienced pilots in the world. The aircraft was reported to have conducted a descending and accelerating 330 degree corkscrew turn from 7000 feet west of the Pentagon to arrive precisely at ground level to strike the Office of Naval Intelligence at nearly 500 miles per hour.  This maneuver was replicated in a flight simulator. Highly experienced pilots could not perform this maneuver on successive attempts without crashing and yet, according to the official narrative, Hani Hanjour accomplished this amazing aerial feat on the first attempt with minimal aircraft experience training in light Cessna aircraft having only a few hundred hours of total flight time.

Notes:
Hani Hanjour only trained in light propeller planes like the single-engine Cessna and twin-engine Piper, and had never flown a jet aircraft.

In January 2001, Arizona JetTech flight school managers reported him to the FAA at least five times because his English was inadequate for the commercial pilot’s certificate.

It took him five hours to complete an oral exam meant to last just two hours, said Peggy Chevrette. Hanjour failed UA English classes with a 0.26 GPA and a JetTech manager said “He could not fly at all.”

In August 2001, Hanjour began making cross-country flights to test security, and tried to rent a plane from Freeway Airport in Maryland; though he was declined after exhibiting difficulty controlling and landing a single-engine Cessna 172.

According the 9/11 Commission, Hanjour began his training “in earnest”. But in reality, while at CRM, Hanjour never finished coursework required to get his certificate to be able to fly a single-engine aircraft.

The New York Times reported that “he was a lackadaisical student who often cut class and never displayed the passion so common among budding commercial airline pilots”.

ABC News reported that when he returned to CRM, “He was trying for his private pilot’s license”, but according to one of his instructor’s, he “was a very poor student who skipped homework and missed flights.” The school’s attorney said that when Hanjour reapplied again later in 2000, “We declined to provide training to him because we didn’t think he was a good enough student when he was there in 1996 and 1997.” The school’s owner described him as a “weak student” who “was wasting our resources” He said “One of the first accomplishments of someone in flight school is to fly a plane without an instructor”.

The Chicago Tribune reported that at CRM, “A flight instructor said Hanjour left an impression by being unimpressive. ‘He was making weak progress,’ said Duncan Hastie, president of CRM.”